A conference about the joy, excitement, and surprise of computing!

!!Con is a conference held every spring in New York City. It’s two days of lightning talks that can be about anything related to computers!

This conference is a great showcase of the diverse backgrounds of the NYC tech scene. I’m really going to miss it when I move back to the Bay Area. 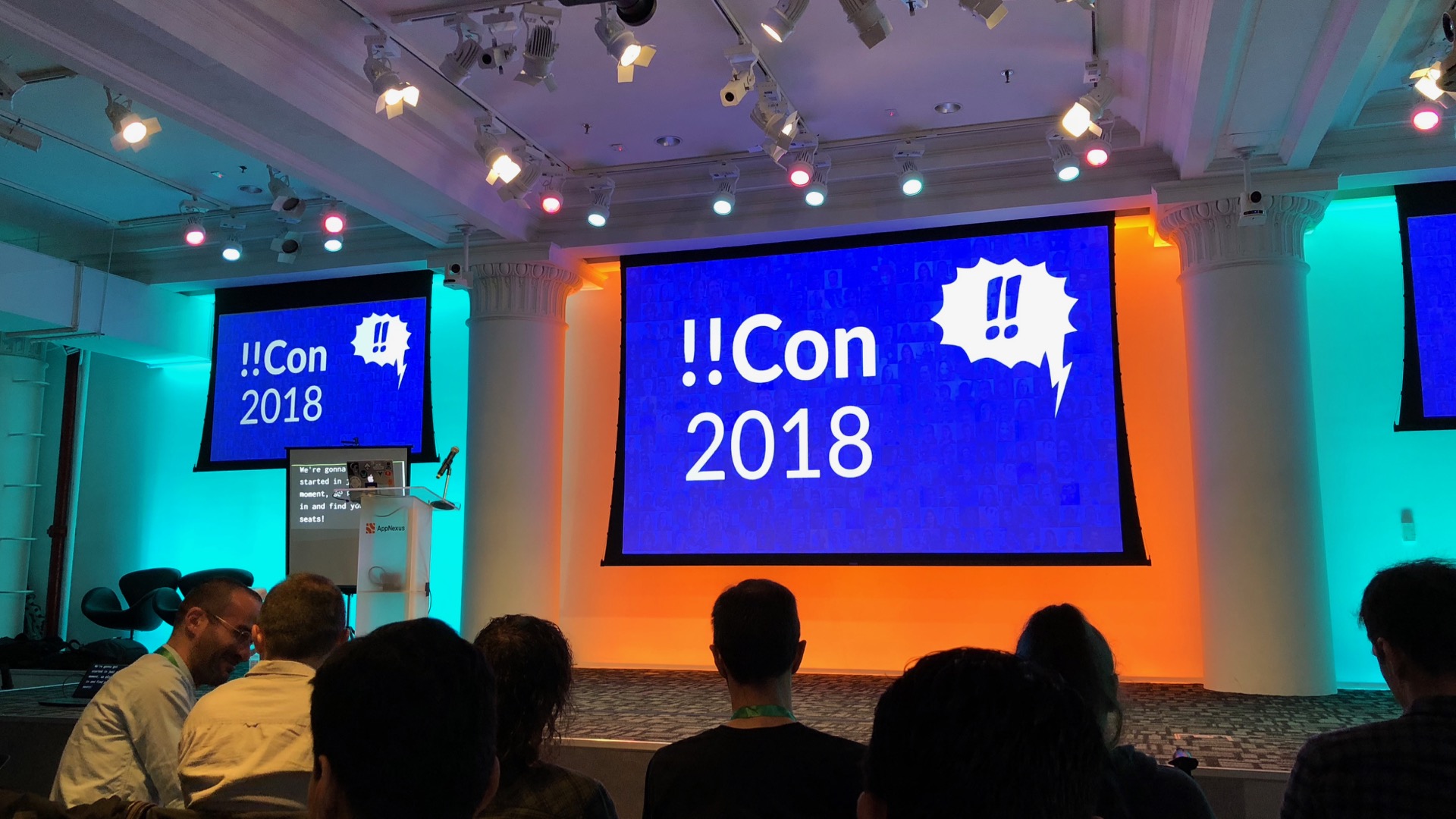 Tales of ⌧! Can You Tell Your Story When Your Character Is Undefined?!

Turning Google Earth into SimCity 2000! (From Light to Pixels to Impossible Perspectives!)

We built a map to aggregate real-time flood data in under two days!

Moving towards dialogue: collaborating with your computer using typed holes!

Compressing the Library of Babel!

Transform live video streams with code and a REPL!!

Evil Twins and the Secret Lives of Linkers!

Satellites are talking to us! Let’s hear them out!

The joys of PICO-8 token crunching!! Or: what I learned about programming from being restricted on every side!

UX for Cats and Dogs!

So THAT’S how my phone knows where I am!

Build skills through hobbies! Bring them to work!

Undo all the things!

Estimating the Value of Pi with a Dartboard and (Not so Much) Luck!

Ray-tracing and special relativity: Rendering objects near the speed of light!

Talking to my past self (without introducing temporal paradoxes!)

If at first you don’t succeed at beating HQ Trivia, try cheating!!

The Man Comes Around: and so does his sound!

Step by Step: Algorithms that teach you math!

Fast, but not too fast! What 17th-century windmills can teach us about database migrations

The itty, bitty, tiny bytes that make up a Pokémon!