I went to use my CUI EPSA050100U-I38-EJ wall charger today and discovered the case was coming apart: 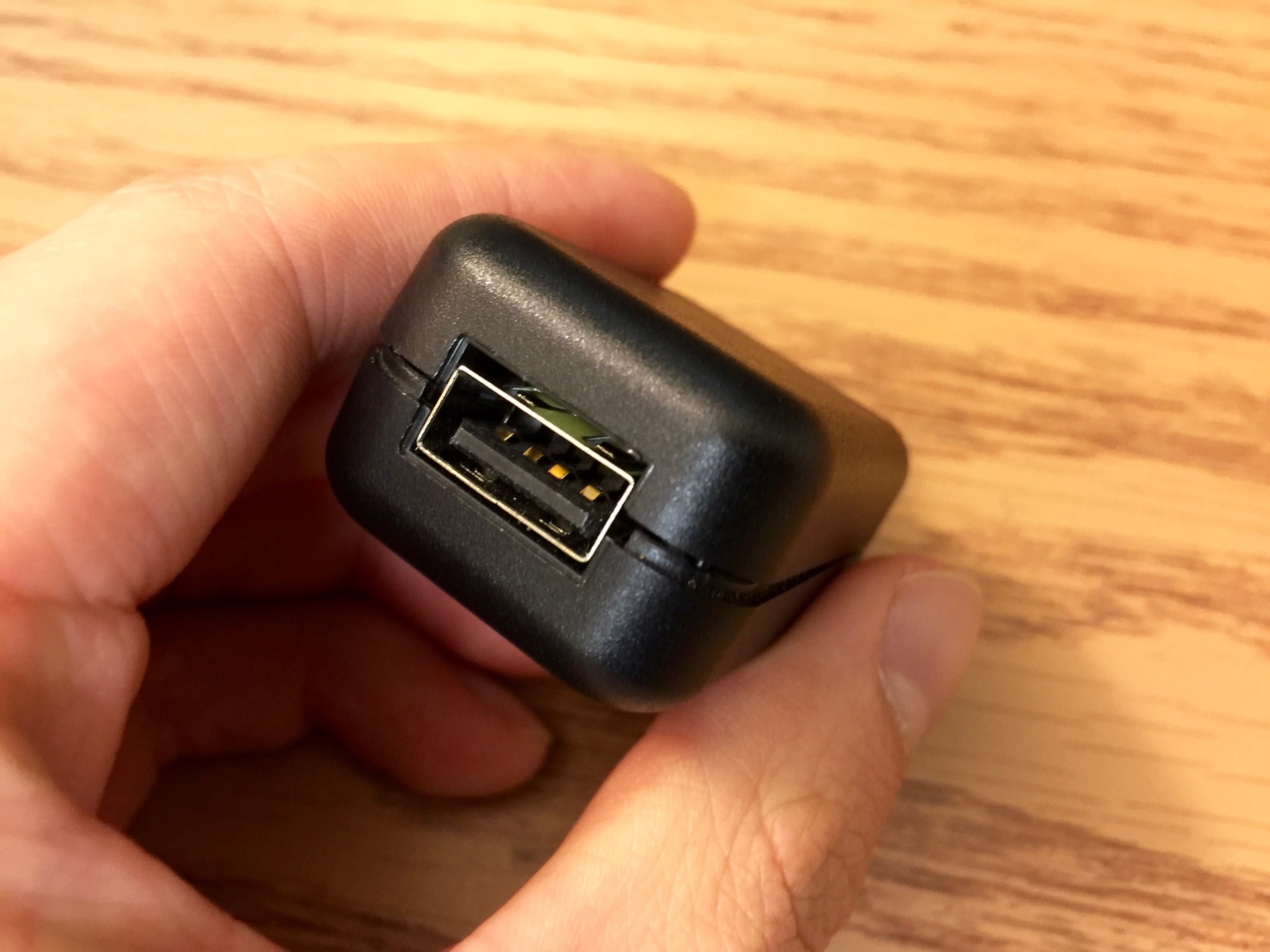 The charger was already kind of annoying me because it made this high-pitched buzzing noise at low load — for example, if you plugged in a fully charged phone. So I decided to take it apart out of spite.

I thought the teardown would involve a lot of smashing, ending with a destroyed charger. Unfortunately, the case is held together by nothing more than friction and wishful thinking. See the black plastic lip around the prongs, and the corresponding groove in the top cover? That’s the only way this thing is held together. 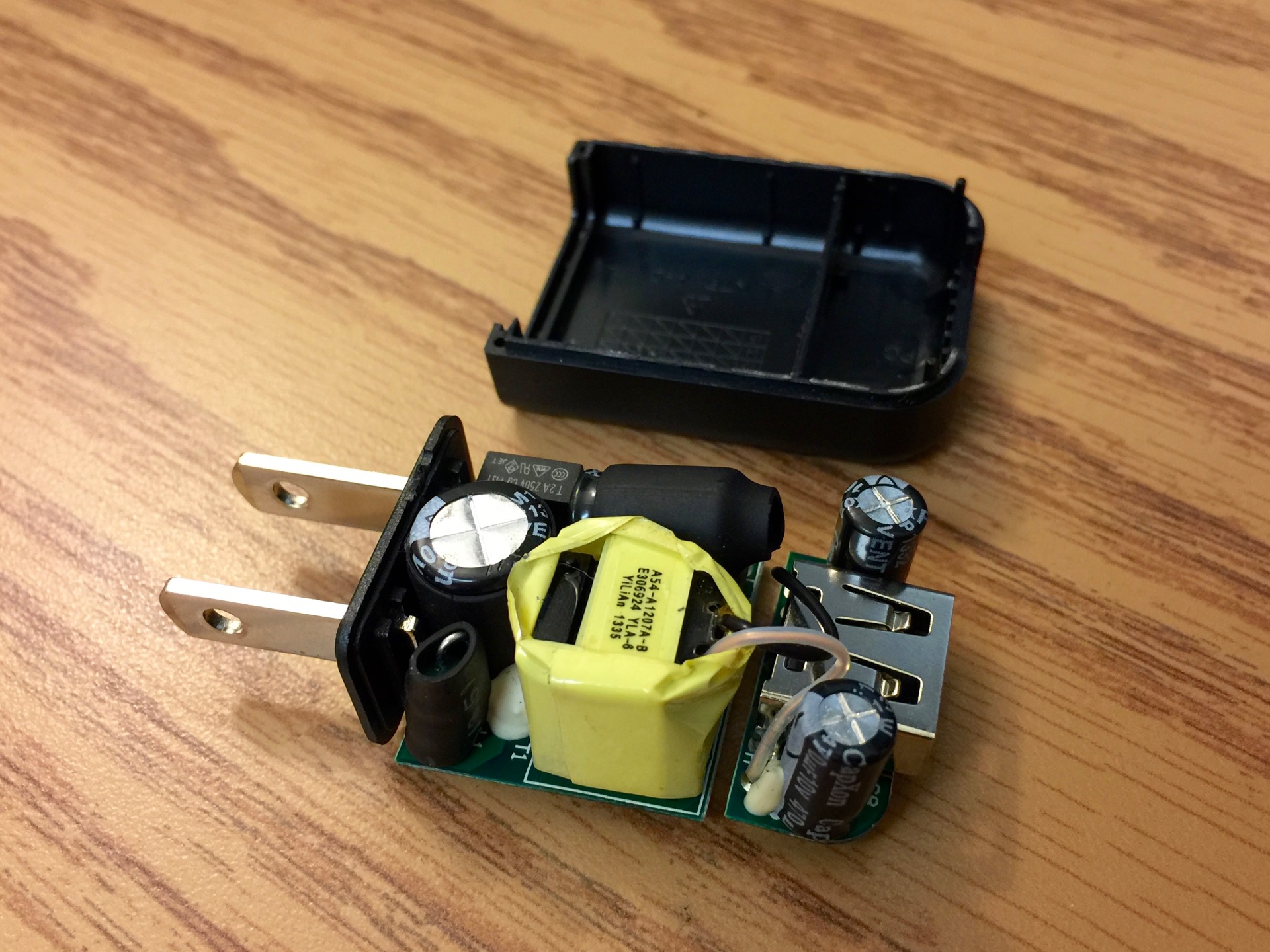 What’s worse is that the top cover also enforces the isolation distance between the input and output circuits. Which means that if the case comes apart, not only do you get to touch high voltage, your phone might too!

Anyway, here are some photos of the boards. Top side mainly has a transformer, fuse, and USB port. The switching chip is hiding under the sideways capacitor. 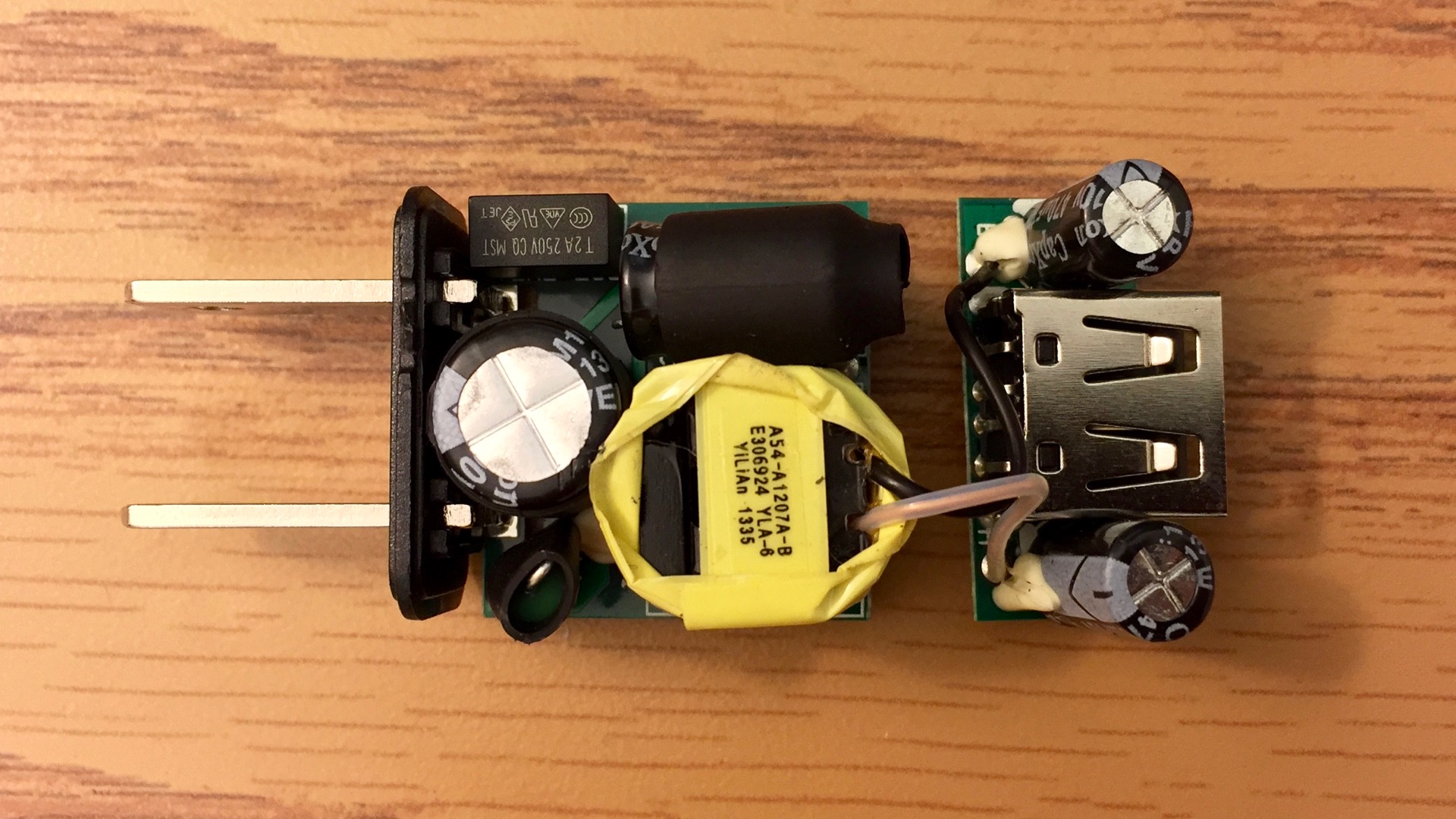 Bottom side of the board. There’s a rectifier, and some miscellaneous resistors. 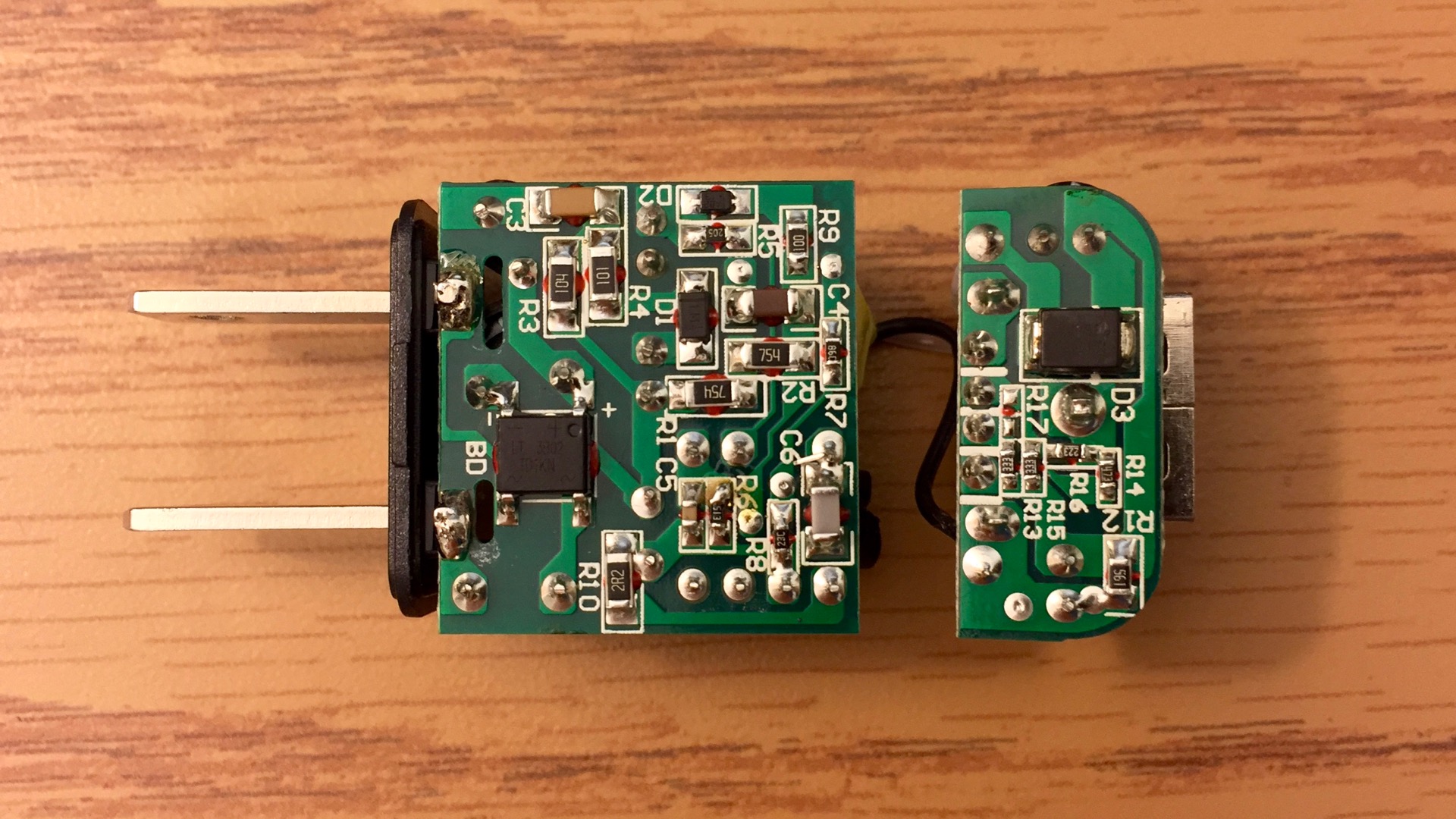