Square thinks I’m not a real person. (Updated below.)

Seriously. During the signup process, they ask for some personal information: your name, home address, phone number, and Social Security Number. They hand it off to an identity verification service, which scrapes, say, public records and credit reports, to ask questions that only you can answer: 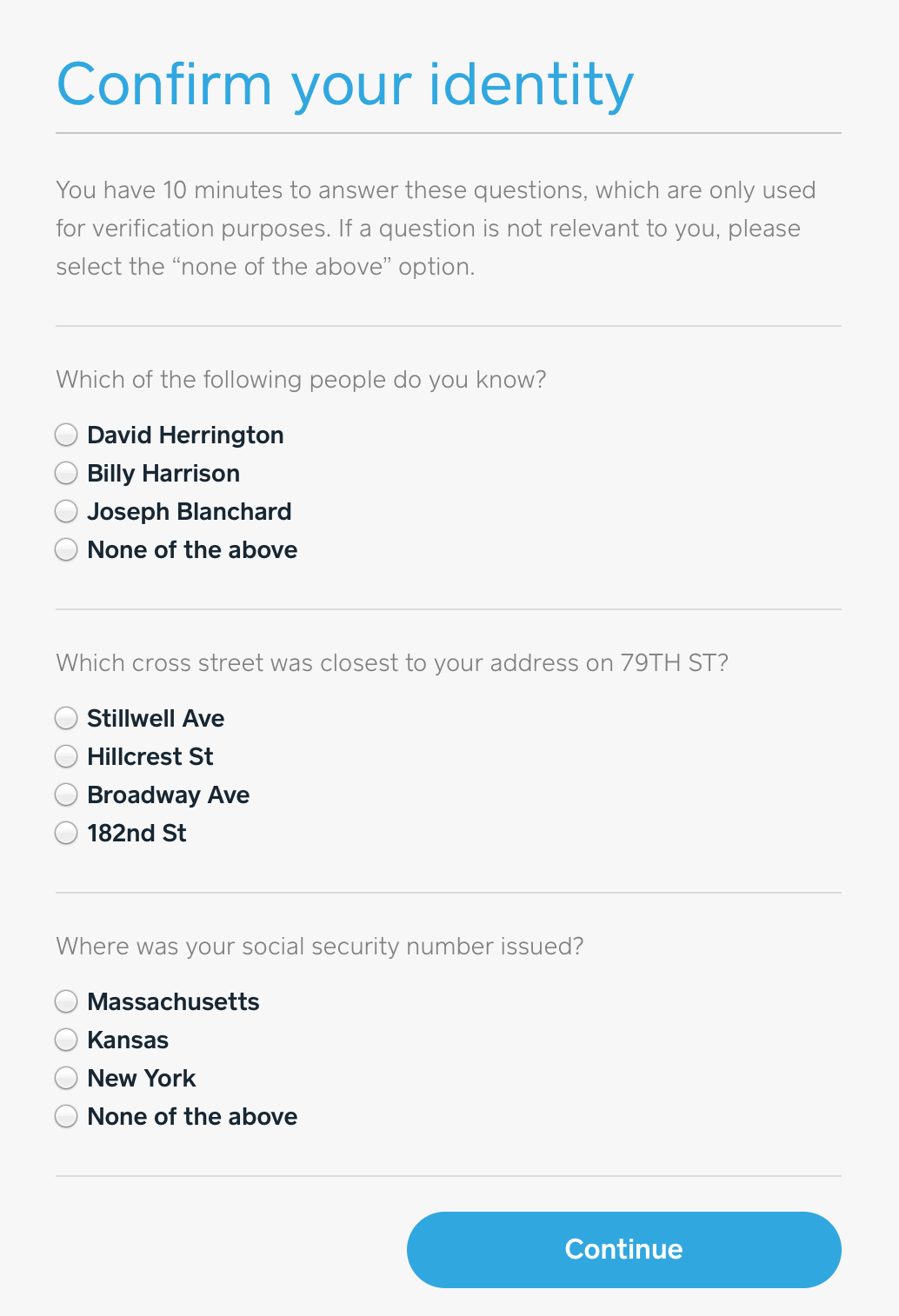 This is might be one of the reasons Square says you have to be 18 to sign up: without a financial history, this kind of identity verification simply doesn’t work. The problem is that ID verification companies take a long time to update their data. Assuming you apply for a credit card on your 18th birthday, you could be drinking alcohol legally by the time they catch up. When they can’t find you in their database, they pull irrelevant questions associated with somebody else’s dossier — especially if you have a common name like I do.

Other services, such as Amazon Payments and Citibank, forced me to fax copies of my driver’s license and Social Security card. How backwards.

Square, being the champion of user experience in finance, swiftly and permanently blocked me from using their service without warning:

I took the obvious next step: searching their support site. All that they had was a cute but ultimately useless fish video.

Next, I tried to contact customer service. After all, there’s plenty of evidence that I’m real: I visited their office once, they gave my friends a ton of Square Readers, and I even interviewed for a job there. A week later, nobody had responded. As it turns out, they ignore you unless you call them out on Twitter. Their response? “Our decision remains final.”

What’s worse, Square taunts me about it with a popup. Every single time I log in.

I have honestly never seen such a user-hostile design in financial services — and I use PayPal! As much as Jack Dorsey likes to make fun of PayPal, for people my age, Square’s user experience is usually orders of magnitude worse.

Design is how it works, not how it looks.

Update: I posted a follow-up with some traffic statistics.

Update, 30 Jan 2014: After this post blew up on Hacker News, Square approved my account and reached out to me. I’m satisfied with the resolution for my case, but obviously, this “solution” can only work so many times.